Last week we talked about how your personal wave affects all others around you and this is especially true with those who suffer from BPD. If you filled in the homework from last week we will be referring to it this week, but if not don’t worry because I have a few examples for us to look at anyway. This week is finding out if you are a pebble person or a sand person. This is not about your own personal beach type preferences, it is about how you let emotional waves crash over you. 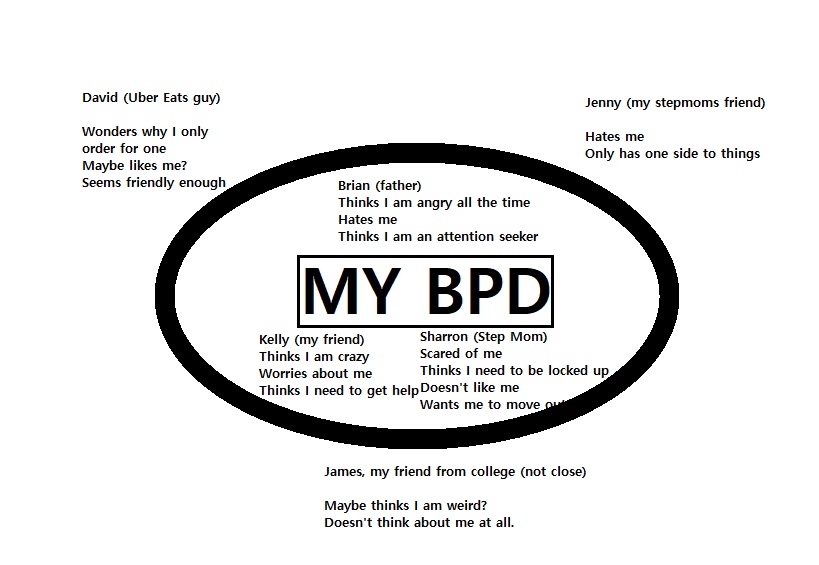 What most people will notice about their sheet is that a lot of the inner circle of people (those close to us and the ones we love) seem to be badly affected by our negative reactions, but then those in the outer circle a little less so (much like a wave effect as we talked about last week). But this week I ask you to look at your answers a different way. What if you turn some of the people on your sheet into pebbles rather than sand!? Let me explain…

When a wave crashes over a sandy beach you might see the wave go over the top of it, but that is not true at all. Most of the force of that wave is going under and into the sand rather than over the top of it. Have you ever noticed how squishy the sand is in the water? That is because the waves are breaking the sand particles apart. 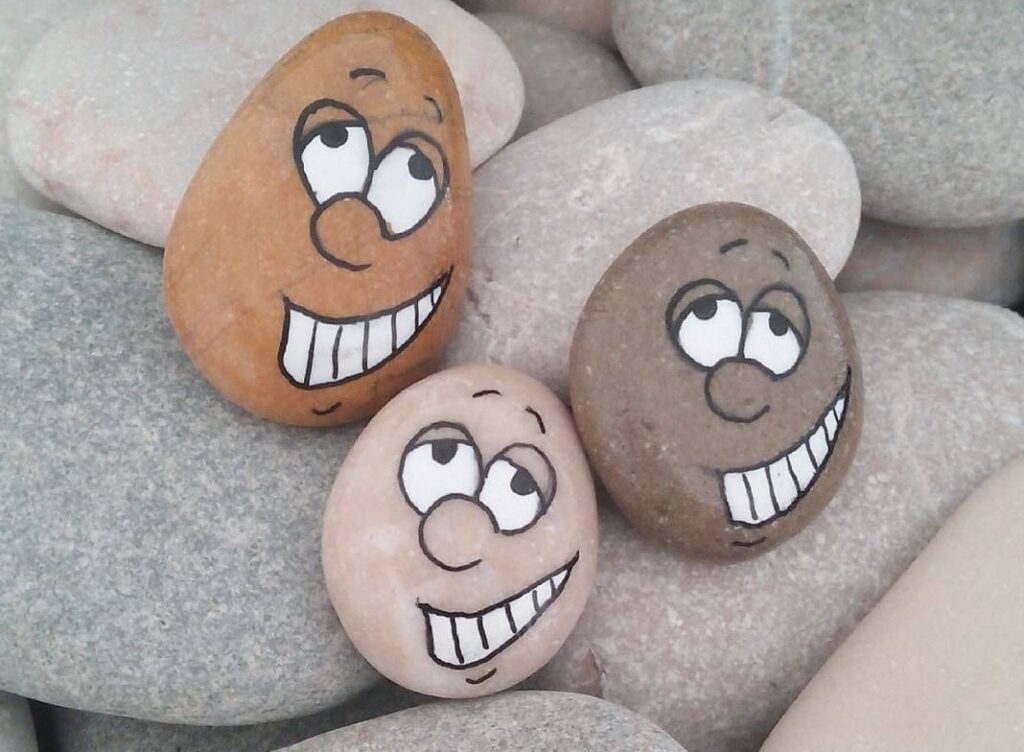 Meanwhile, on the pebble beach, the waves are just as strong and yet the pebble doesn’t move. It lets those waves crash over itself and doesn’t let them bother it. Just close your eyes for a moment and imagine those waves crashing over a pebble beach and how the water goes into the pebbles and around it, but never truly manages to move them even after the roughest of waves.

So now looking at the sheet again in the style that at least some of those same people are pebble people rather than sand types and we have a different story. Close your eyes and imagine each person on your list as a pebble. They let your waves of emotion wash over them and they are not affected in any way. They are just pebbles there to support you on your path along the beach. They won’t suddenly crumble away, they are there for you on your journey (there is a point to this I promise).

Now open your eyes again and imagine what you might put down on that same sheet now you are imagining them as pebbles!? 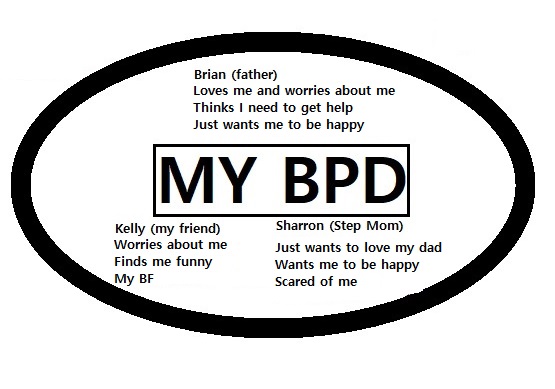 Suddenly your negative wave might feel a little smaller and causing less of an impact on people. But I know what you are thinking, surely that is because they are stronger now and you yourself are still just sand letting emotions and negativity go through you and into your very core. Well here is the bombshell and the point I am trying to make. All sand beaches were once pebble beaches! Wave after wave, year after year has crashed over each pebble slowly breaking them down and turning them into tiny particles of them former selves.

My point is you did not end up the way you are currently overnight. It has taken years of various things breaking you down and slowly turning you into sand (this is especially true with those of you with BPD), but oddly all concrete structures are made with sand! You can be once again made to be strong and able to offer support to others when needed on their own journey, but it will take time. They say Rome wasn’t built in a day, but it most definitely was built with sand.

This Week’s Homework: This week is an easy one. What I would like you to do this week is to think back to the first or last time you went to a beach. It can be a pebble beach or a sand beach but just think back and try to remember every single detail about that day. Was it cold, or warm? Did you dip your toes into the water? Did you go rock-pooling? Did you have ice cream? And more importantly who were you with? If you want to go that extra mile why not print some old pictures out of times when you were at the beach and make yourself a little memory box. This is little more than a small box filled with happy memories only. Nothing negative is allowed into it, this box can become your pebble. But if you just want to look at your own pictures on your phone that is fine as well. Just take a moment to let the memories wash over you with as much detail as you can imagine, even if you have to make some of it up.

Week 15: You Give a Little, You Get a Little

Why not make a small donation in the link below so we can keep this site running ad-free. Just a small monthly donation by a handful of people will achieve this and you can be safe in the knowledge that any extra money we make via these donations will go directly towards helping others with BPD.